A brief memoir on self-improvement through self-humility.

I learned one of my most important life lessons before my career officially started. From 2007 to 2009, I interned on-and-off for the Rational Business Developer team in IBM’s Software Group. The team was great and let me do everything: development, testing, automation, builds, and even fun Web examples. However, my junior-level experience often made me doubt myself (e.g., imposter syndrome), and there were “known unknowns” by the truckload. 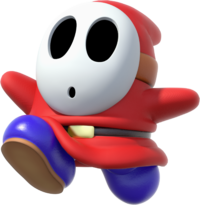 A photograph of me as an IBM intern. (j/k)

For my own survival, I quickly learned to fearlessly ask questions. This was a big step for a shy guy like me. My team mates were more than happy to help me, which put me at ease. Asking questions was a good thing.

…Until one time, it became a bad thing.

I forget exactly when it happened and what my specific question was, but I do remember the person and the method. I “pinged” (IBM lingo for “send an instant chat message to”) one of the senior developers with a question, and he replied with a link. When I clicked it, the browser loaded Google, moved the cursor, typed my question, and clicked the search button.

He sent me to Let Me Google That For You.

I was horribly embarrassed. It was an introvert’s worst nightmare come true. I never knew about LMGTFY before, and the sarcasm didn’t hit me until after the search was complete. My fledgling confidence was shattered.

My face after my first LMGTFY.

I couldn’t tell if the guy:

The reason didn’t matter, though. He made a valid point: the question was Google-able, and I could have searched for an answer myself before asking others. As I picked up the pieces of my confidence, I introspected on how to do better next time. Was it wrong to ask questions? No. It is never wrong to ask questions, and anyone who says otherwise is a jerk. Was it wrong for him to send me to LMGTFY? It certainly was unprofessional and harmful to our team dynamic. But, was there a better way to ask questions? Yes:

When faced with an unknown, pose it as a question. Then, ask yourself the question first before asking others.

I call this the “self-Socratic method.” Whenever I don’t know something, I write a list of questions. Then, I try to answer those questions using my own resources, like Google, Wikipedia, and books. When I answer a question, I cross it off the list. Inevitably, answers lead to more questions, which I add to the list. As the list grows, new questions become increasingly specific because the unknowns become smaller. I also find that I can answer most factual, knowledge-based questions myself. The questions that require me to ask someone are typically wisdom-based or experience-based. For example, the question, “How do I build a Web app?” could reduce to, “Why do you prefer to use Angular over React as the JavaScript framework?” because the World Wide Web already has much to say about the technologies behind itself. At the very least, even if I can’t find much by my own searching, my due diligence shows good faith when asking others.

A photograph of me as a professional, self-Socratic software engineer. (j/k)

How much time do I spend searching for an answer before asking somebody who knows? This is a popular interview question. When using the self-Socratic method, I’d say (a) when the first two pages of Google results yield nothing, (b) when I spend more than 15 minutes absolutely stuck in code (from the time of the last “epiphany”), or (c) when I hit a wisdom- or experience-based question.

I’ve used the self-Socratic method for everything from learning how Web apps work to learning how to cut my lawn. I learned my lesson the tough way, but I’m glad I learned it early!